Returning to Brisbane from March 8 to April 4, at Palace Cinemas the 29TH annual Alliance Française French Film Festival, is set to seduce audiences with a selection of 47 features, 2 documentaries and a cheeky Parisian TV series, which showcase the passion, artistry and diversity of contemporary French cinema.

Artistic Director, Philippe Platel, has selected an impressive line-up that resonates with themes of courage, friendship and egalitarianism; motifs reflected via a host of Première screenings, delightful special events, and, for the first time, a LGBT strand in celebration of Australia’s recent, historic ‘Yes’ vote for same-sex marriage. 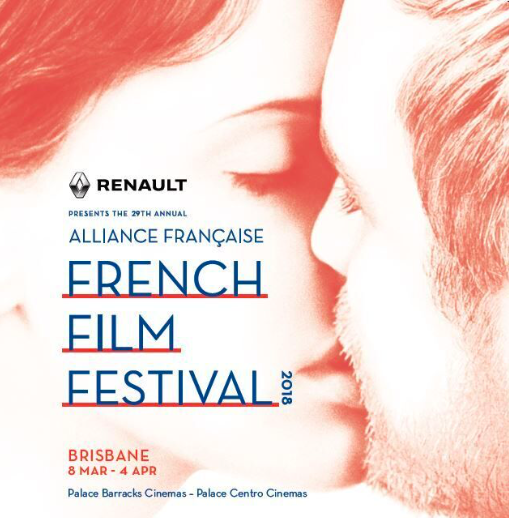 The full programme will be available from today at: http://www.affrenchfilmfestival.org

Launching the 2018 edition of this iconic Festival, staged by the Alliance Française in association with the Embassy of France in Australia and generous support of Presenting Sponsor, Renault Australia, will be C’est la vie! (Le sens de la fête), a comedy from Éric Toledano and Olivier Nakache, the famed directorial team behind the 2011 global hit, The Intouchables.

Closing night audiences will be treated to 50 Is the New 30 (Marie-Francine), a Valentine to new beginnings, that won many hearts at the French box-office. In this endearing rom-com, the multi-talented Valérie Lemercier (Royal Palace!, The Visitors) enchants as Marie-Francine, a 50 year-old at life’s crossroads. Abandoned by her husband for a younger woman in the same week that she loses her job, she reluctantly returns to live with her kind, but over-bearing parents, who convince her to open an e-cigarette boutique, where romance beckons in the form of Miguel (Patrick Timsit), a neighbouring chef.