Aladdin the Broadway musical officially opened in Brisbane on Saturday night at the Lyric Theatre, QPAC bursting with sparkles, colour, song, dance, laughs and a generous sprinkling of Disney magic.

From the opening scene to the final curtain Aladdin is a spectacular feast for the eyes and ears. The sets are stunning, special effects amazing and the 300 costumes magnificent, complete with 500,000 sparkling Swarovski crystals. 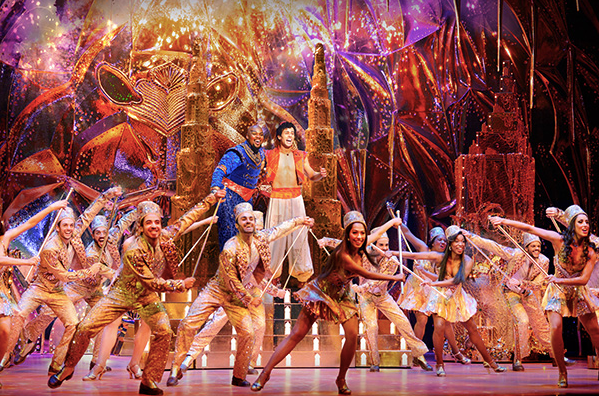 Genie, Aladdin and Princess Jasmine are the main characters of the 34 cast. Gareth Jacobs plays the well known role of Genie which he portrays in a wonderfully cheeky, funny and loveable style. Melbourne born, Ainsley Melham plays Aladdin and gives an all-round outstanding performance while Princess Jasmine played by British actress Hiba Elchikhe is delightful as one of the most popular Disney princesses. 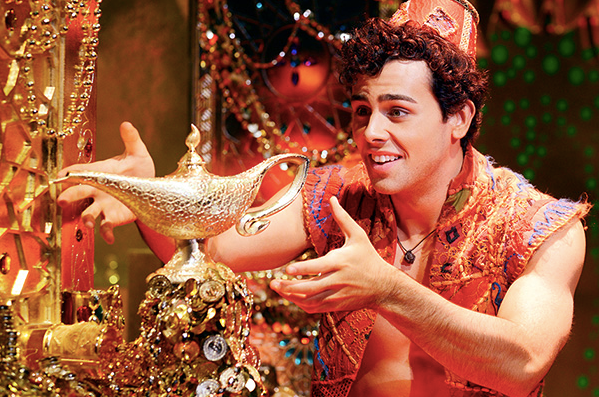 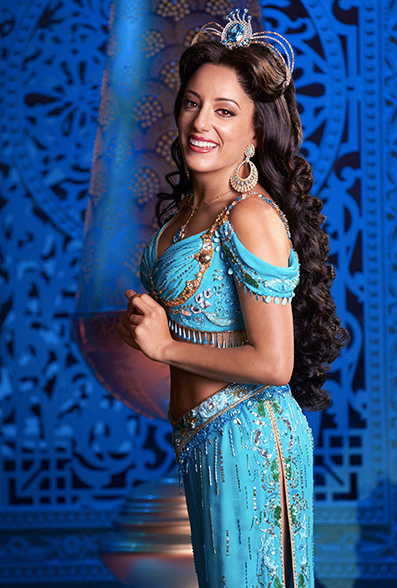 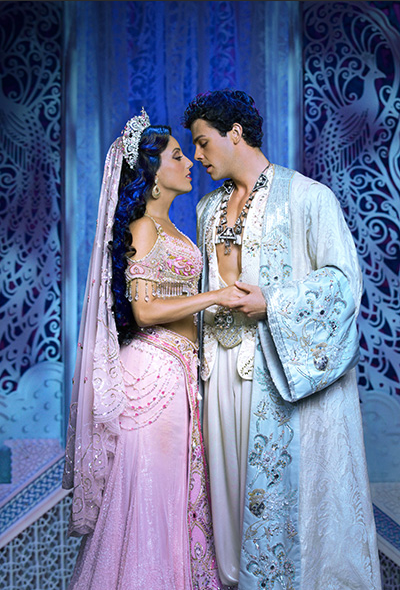 While I have highlighted the three main performers in this sumptuous production, the remaining cast and countless brilliant creative people behind the scenes also deserve to be acknowledged. From the creators, artists and technicians to the seamstresses, builders, supervisors and managers everyone plays an important role in brining this magical Disney tale to life. 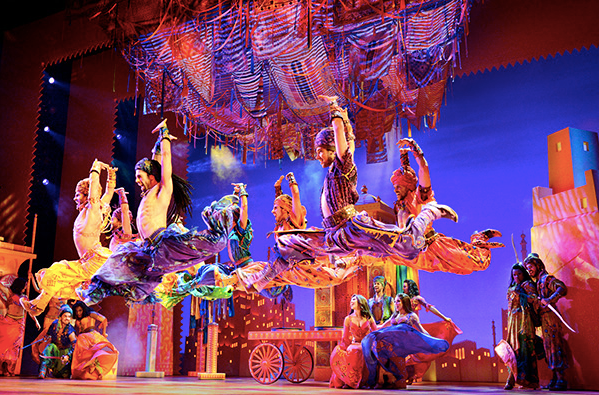 By the way never have I been to a performance and witnessed a standing ovation in the first half of a production and there is one scene in Aladdin which is so deserving of such acclamation. I’m not going to tell you which scene as I don’t want to spoil the surprise for you.

Cave of Wonders is my absolute favourite scene of the night, I just love it and I’m sure you will too. Overall no expense has been spared in this lavish Disney production which ensures your night at the theatre is an evening you will never forget.

Brisbane be prepared to be bedazzled by Aladdin.