Friday flashback to vintage Brisbane of 1926 and the sight of trams travelling down Edward Street. 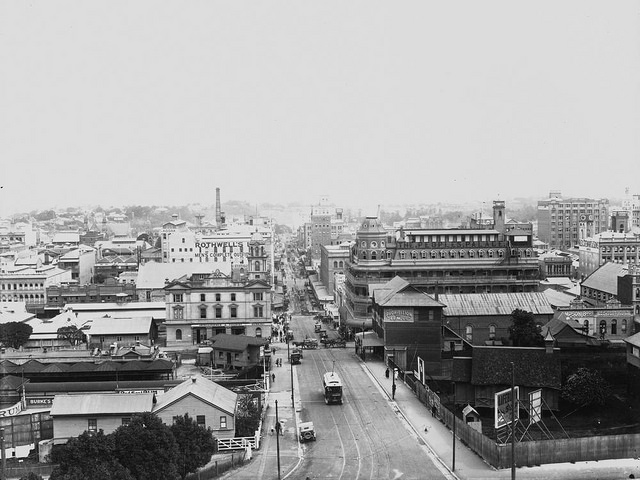