Friday flashback to vintage Brisbane of 1953 and a story that appeared in The Courier Mail on January 27 as children were returning to school after summer holidays. 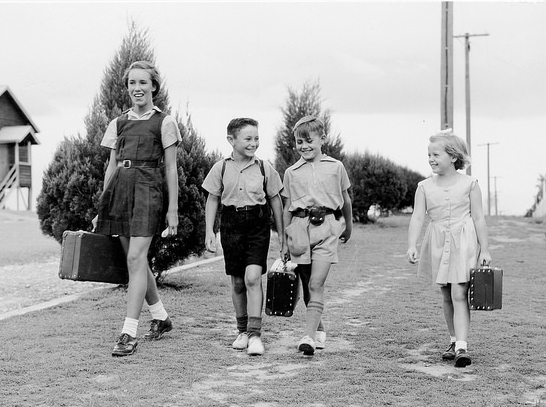 Children from Hong Kong, Singapore, and New Guinea are arriving back in Brisbane for the beginning of the secondary school year.

With hundreds of other children, they will begin school to-day or next week.

Most of them will go to large boarding schools in Brisbane or country centres.

All schools controlled by the Presbyterian and Methodist Schools Organisation will open to-day. So will Brisbane Church of England Grammar School and Toowoomba Grammar School. Their principals spent yesterday interviewing hundreds of new students and their parents.

Brisbane Boys’ and Girls’ Grammar Schools, all State High Schools, and most country boarding schools will not open until next week.

Thousands of State primary schoolchildren will re turn to school to-day in districts east of the 150th meridian, which crosses the coast between Rockhampton and Mackay and cuts the border west of Goondiwindi.

Schools west of the line open next Monday.