Friday flashback to vintage Brisbane of 192 when the foundation stone was laid for the second Brisbane Trades Hall which was erected on Turbot Street (looking down Edward Street, right next to Jacob’s Ladder). 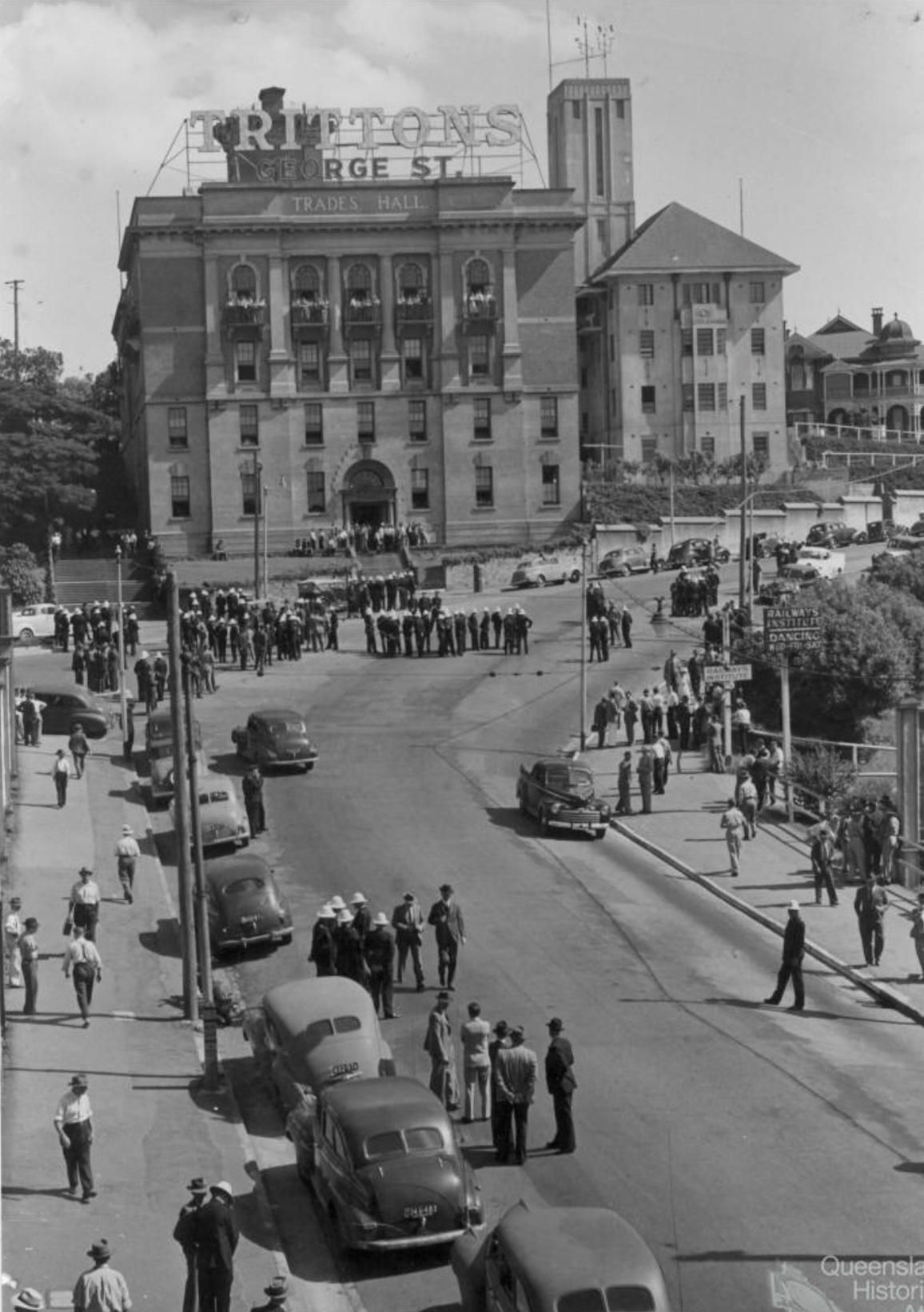 The building was used by the Queensland trade union movement for meetings, offices and social events.

In 1984 the building sold and was demolished shortly after.