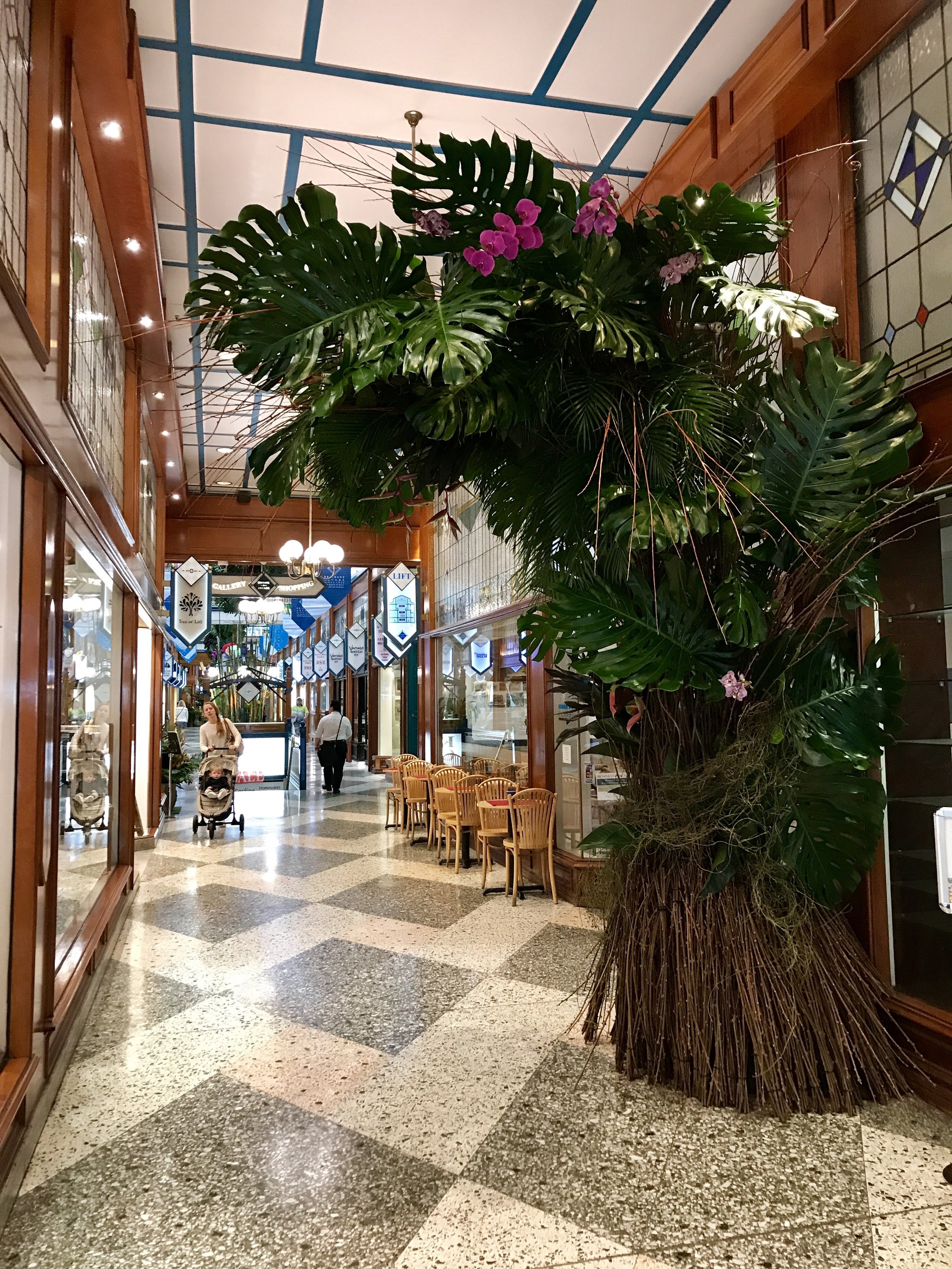 Installed over two nights with an estimated 100 hours of manpower, Brisbane Arcade’s Spring Flower Show will bring together ferns and vines including 300 Kiwi vines and lush glossy green over-sized leaves including monstera and philodendron leaves to create the jungle backdrop. 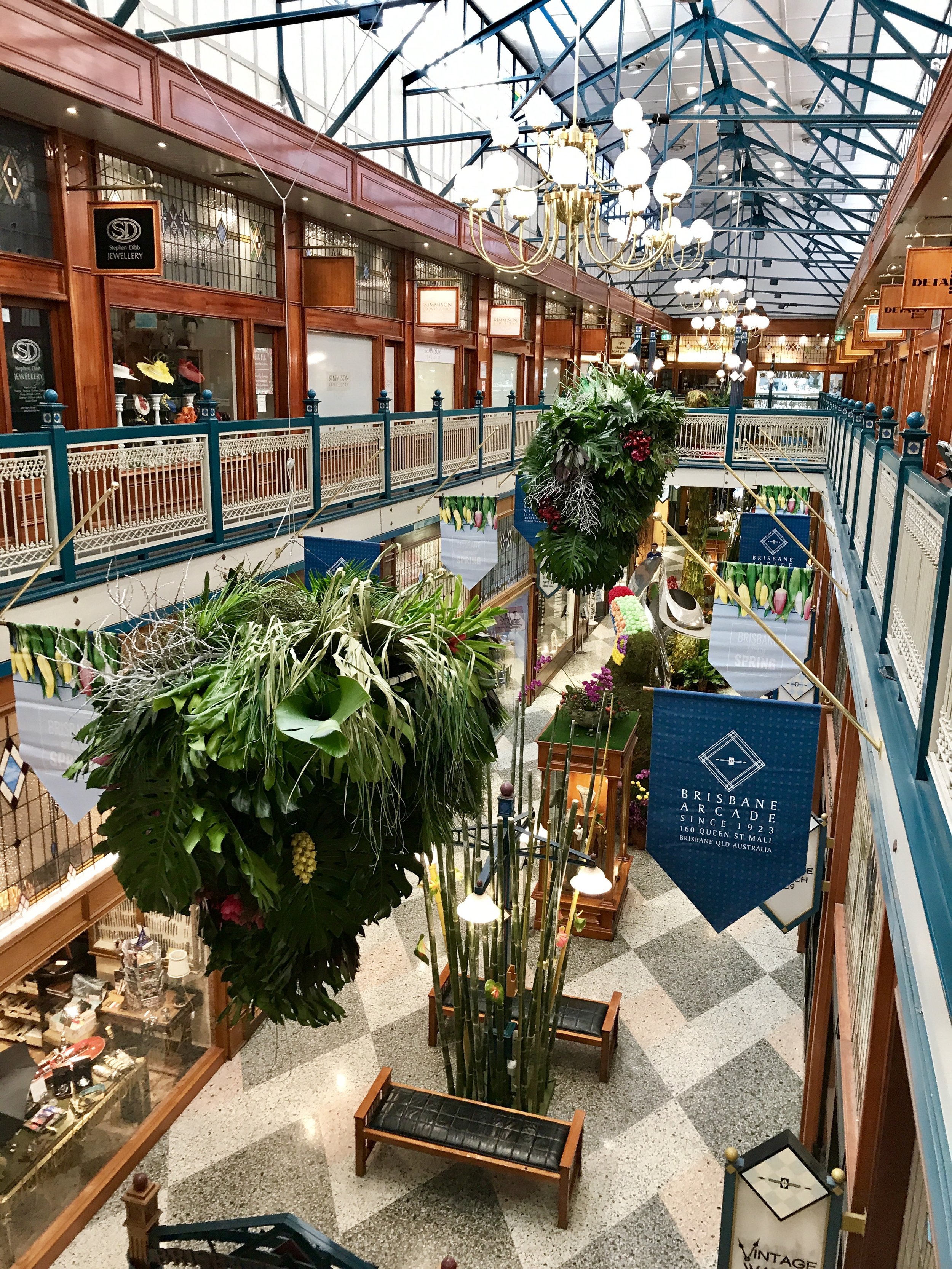 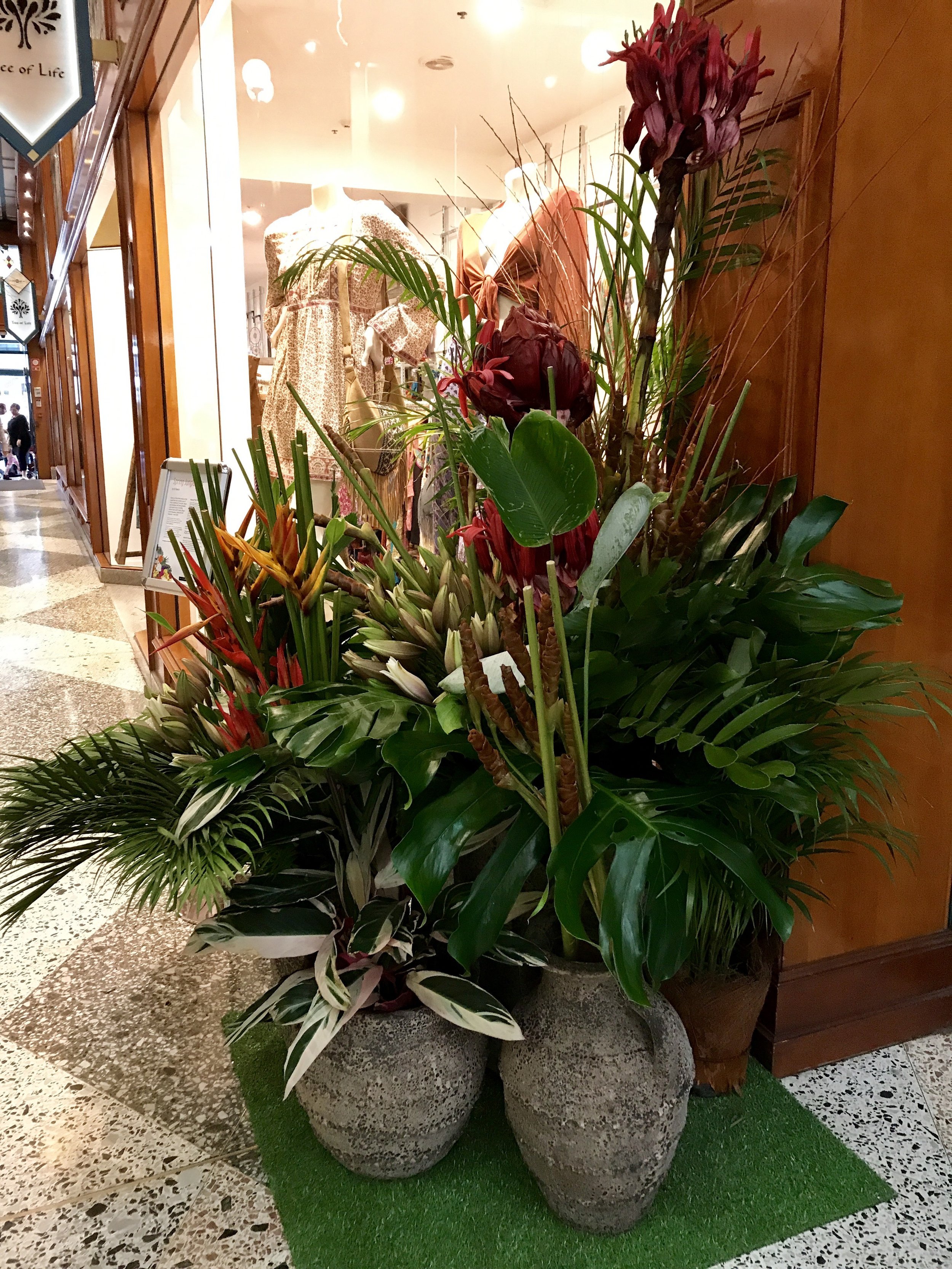 The flowers on show include anthuriums, bird of paradise, carnations, chrysanthemums, gladioli, calla-lily, oriental and asiatic lilies and orchids from Vietnam, Singapore and across Australia plus tulips. 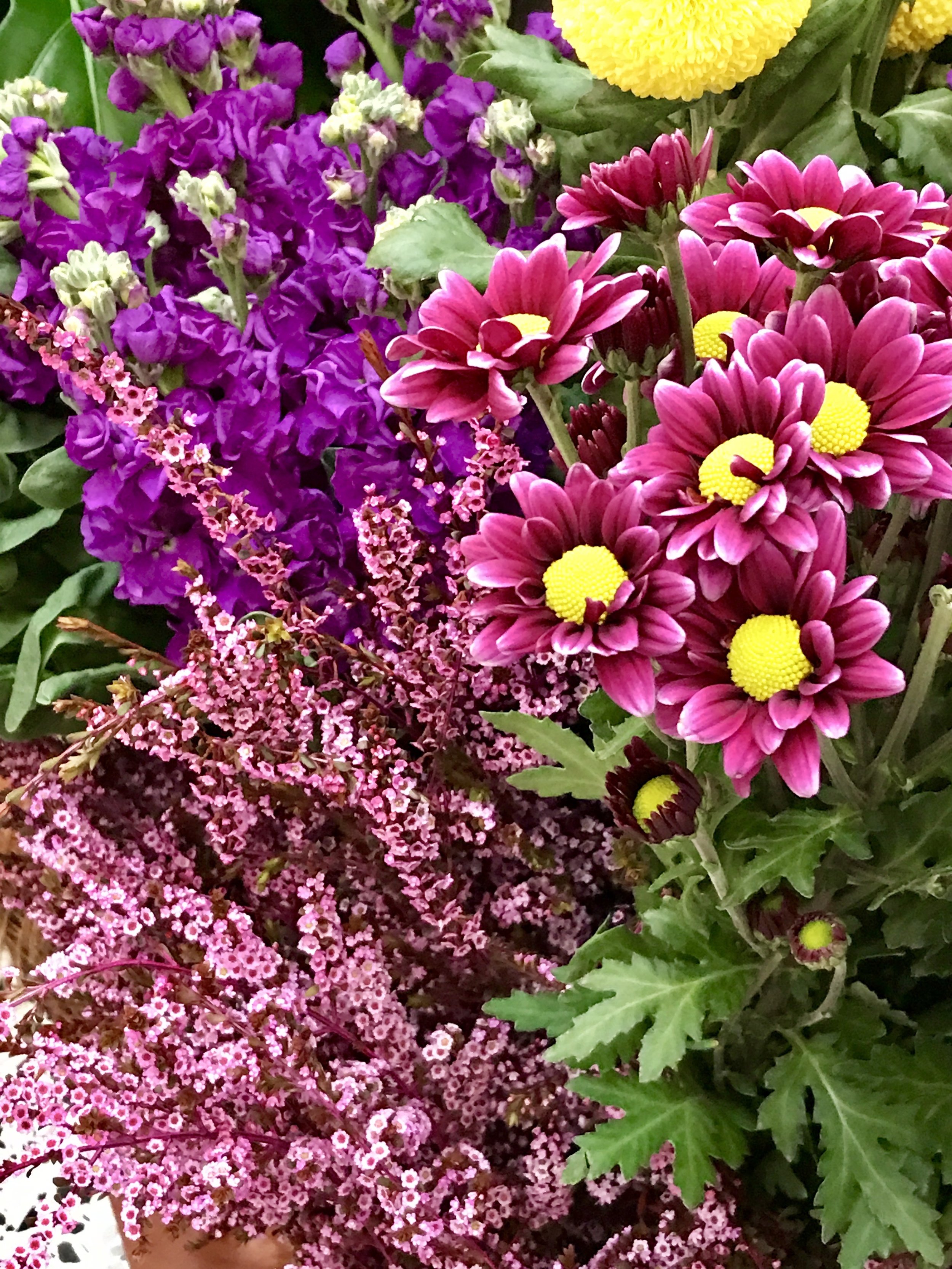 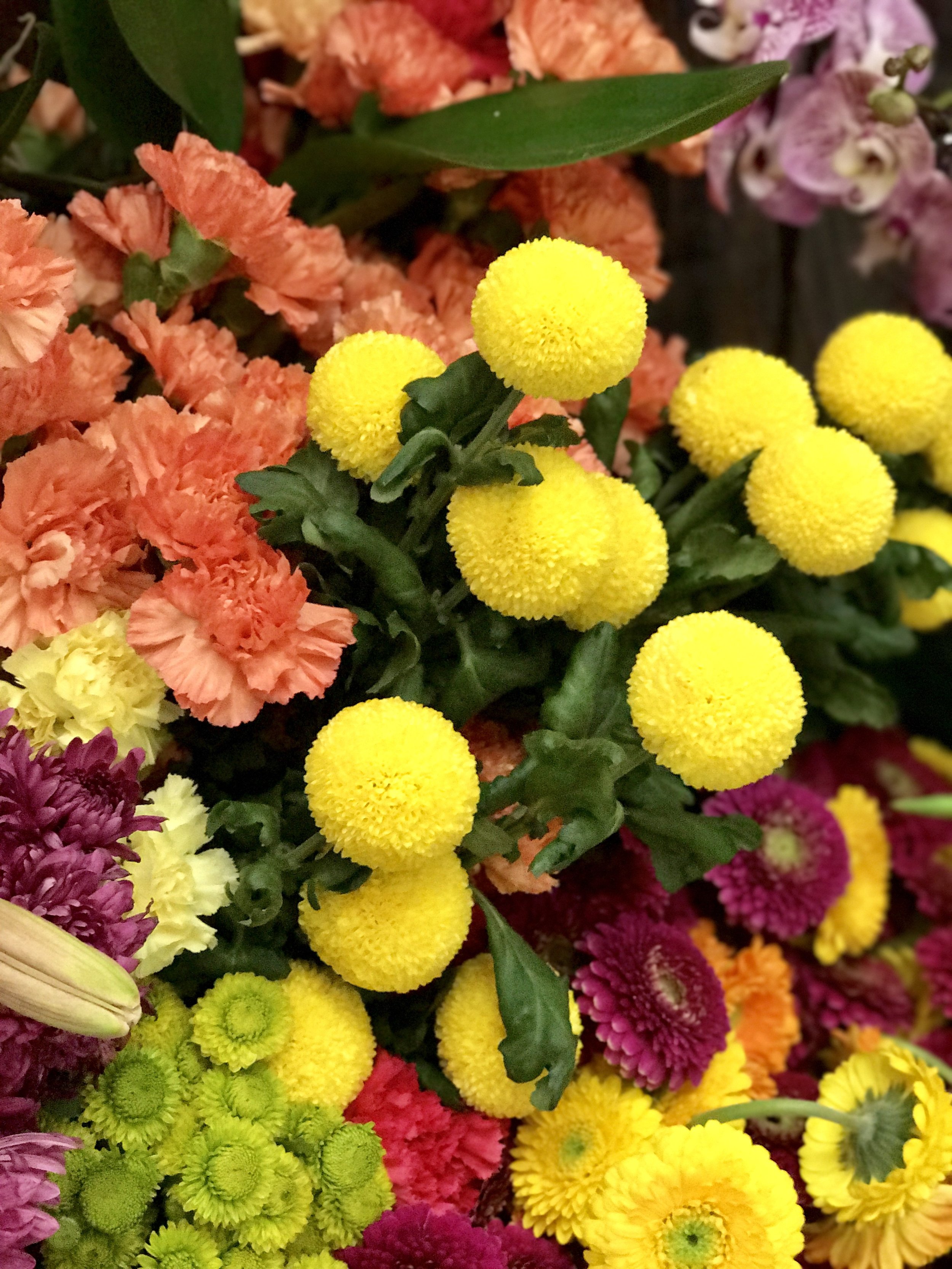 When walking thru the Spring Jungle be sure to look out for the forgotten treasure chest centrepiece guarded by the jungle snake. The snake has been hand-carved by Peter Jacobsen of Fig Flowers, the 20m long snake took over 80 hours to make and is covered in 2,160 colourful croton leaves and moss. Yellow and green pom pom chrysanthemums highlight his eyes, while yellow, red, pink, orange and green carnations have been used on his tail. The snake’s tongue is a haleconia flower. The treasure chest is filled with more than 300 gladioli in pink, orange, purple, red and yellow. 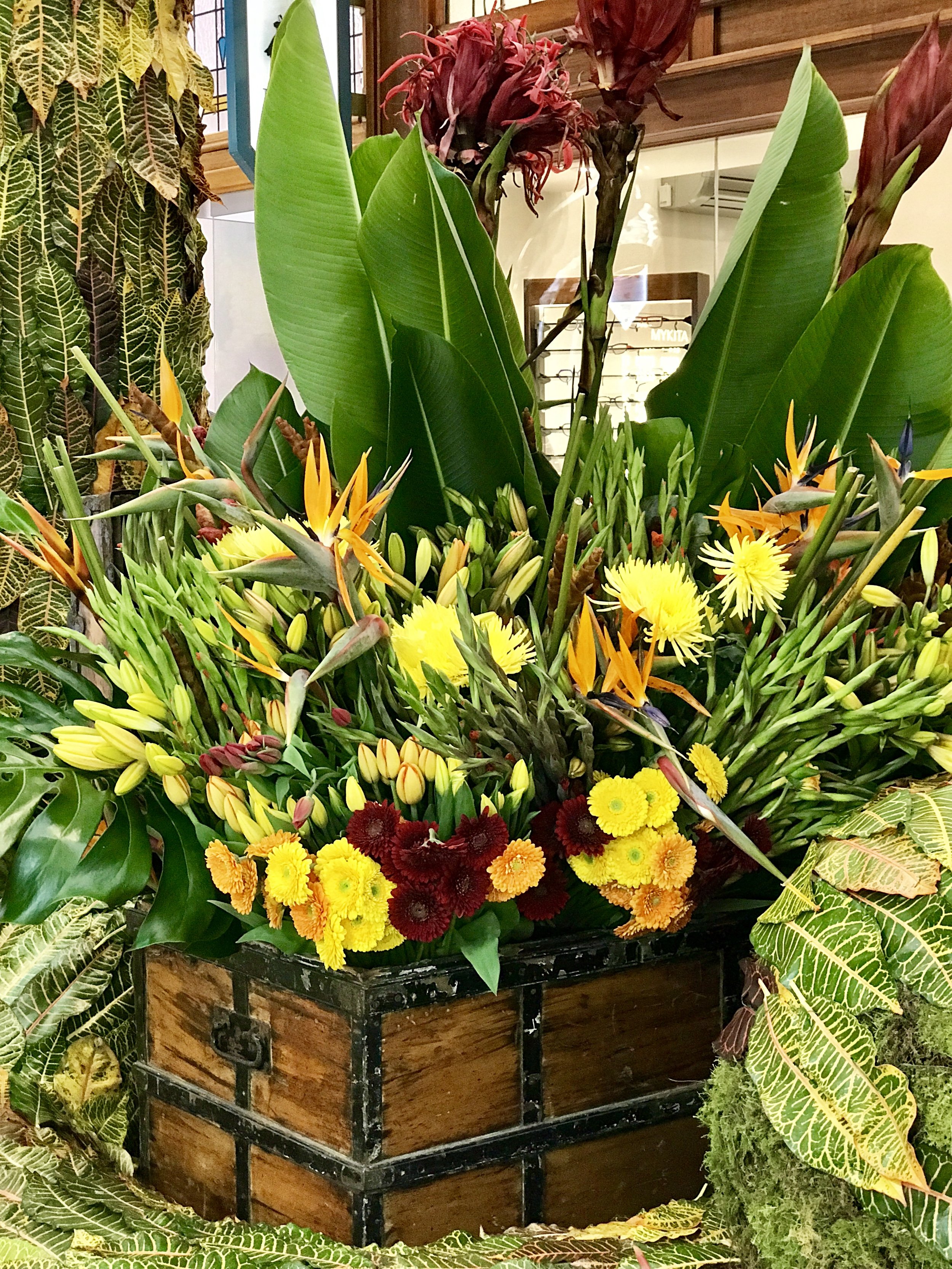 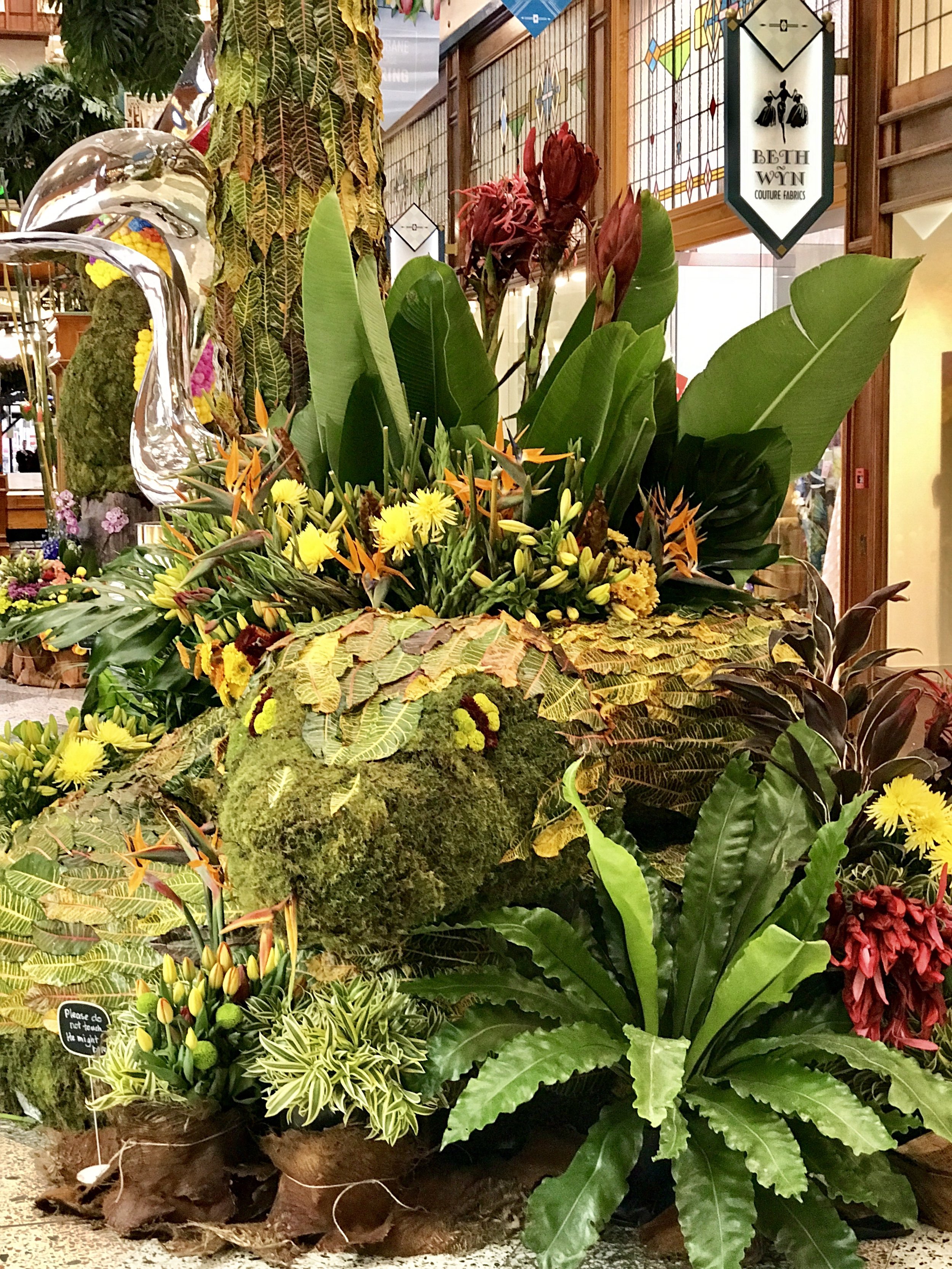 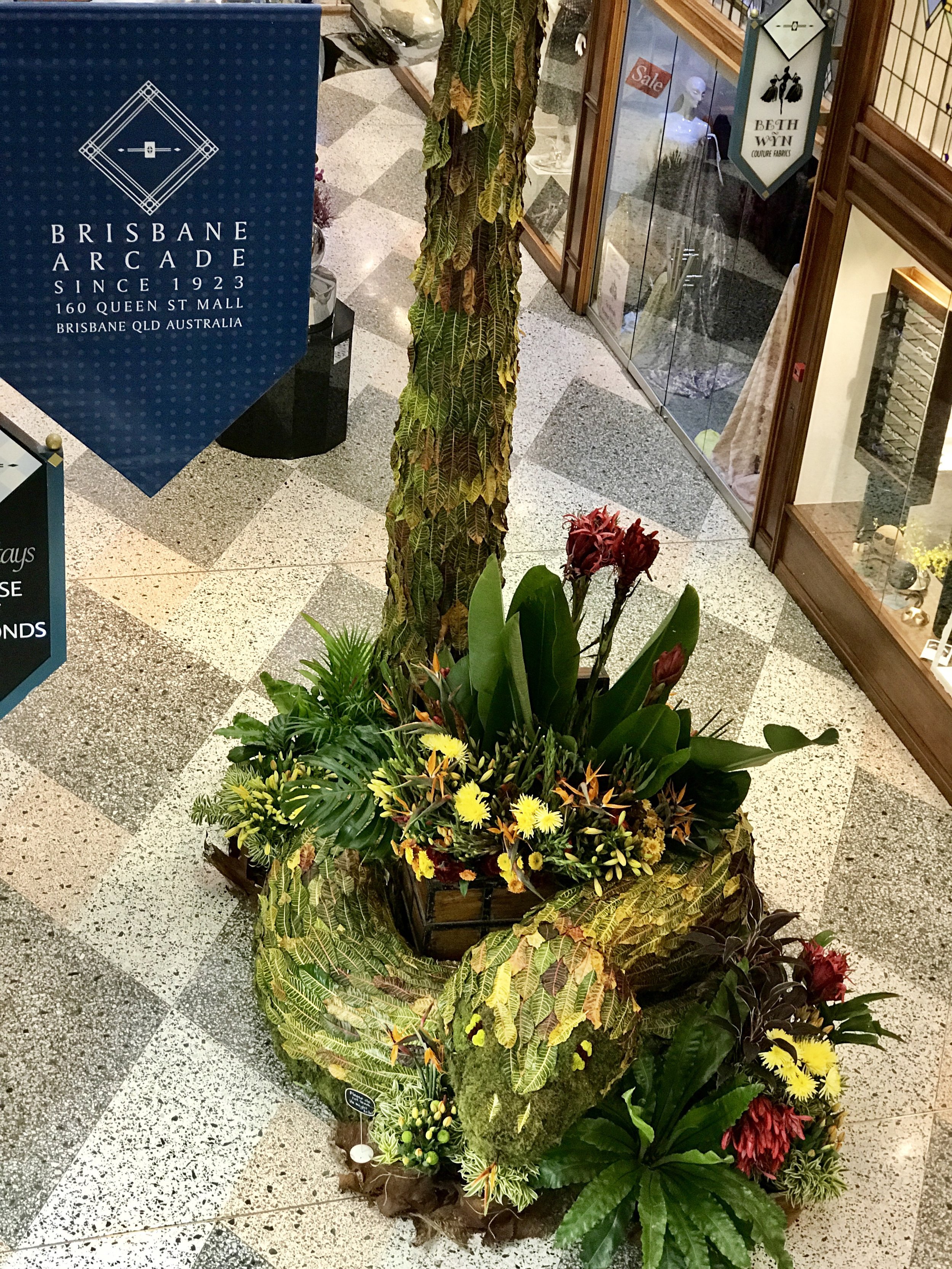 Also not to be missed is the exotic Toucan sitting proudly on a tree stump within the Brisbane Arcade. The toucan’s body is covered in over 50kg of moss with his chest and bill covered in more than 300 disbud chrysanthemums in yellow, orange, red, blue, pink and lime. 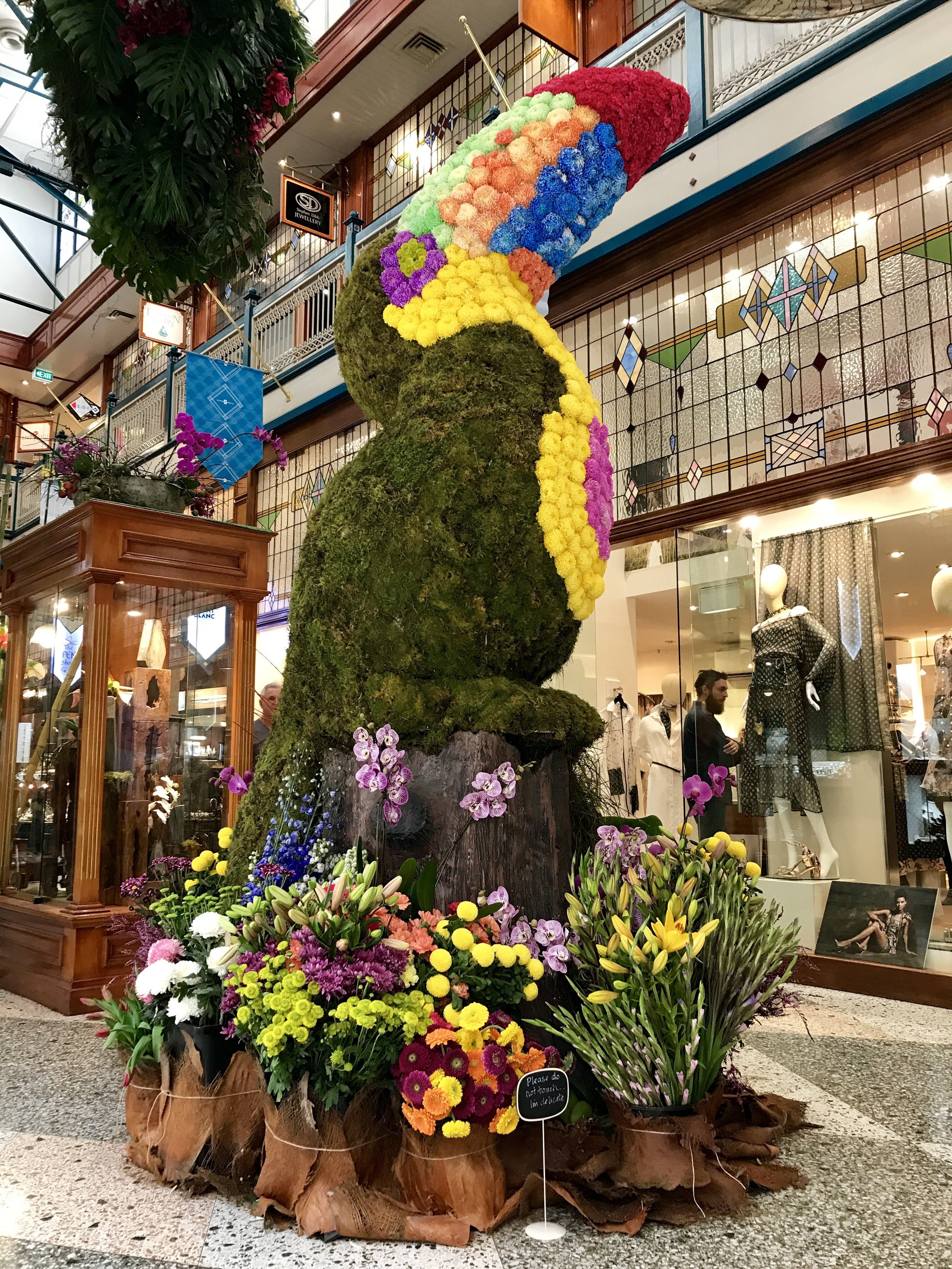 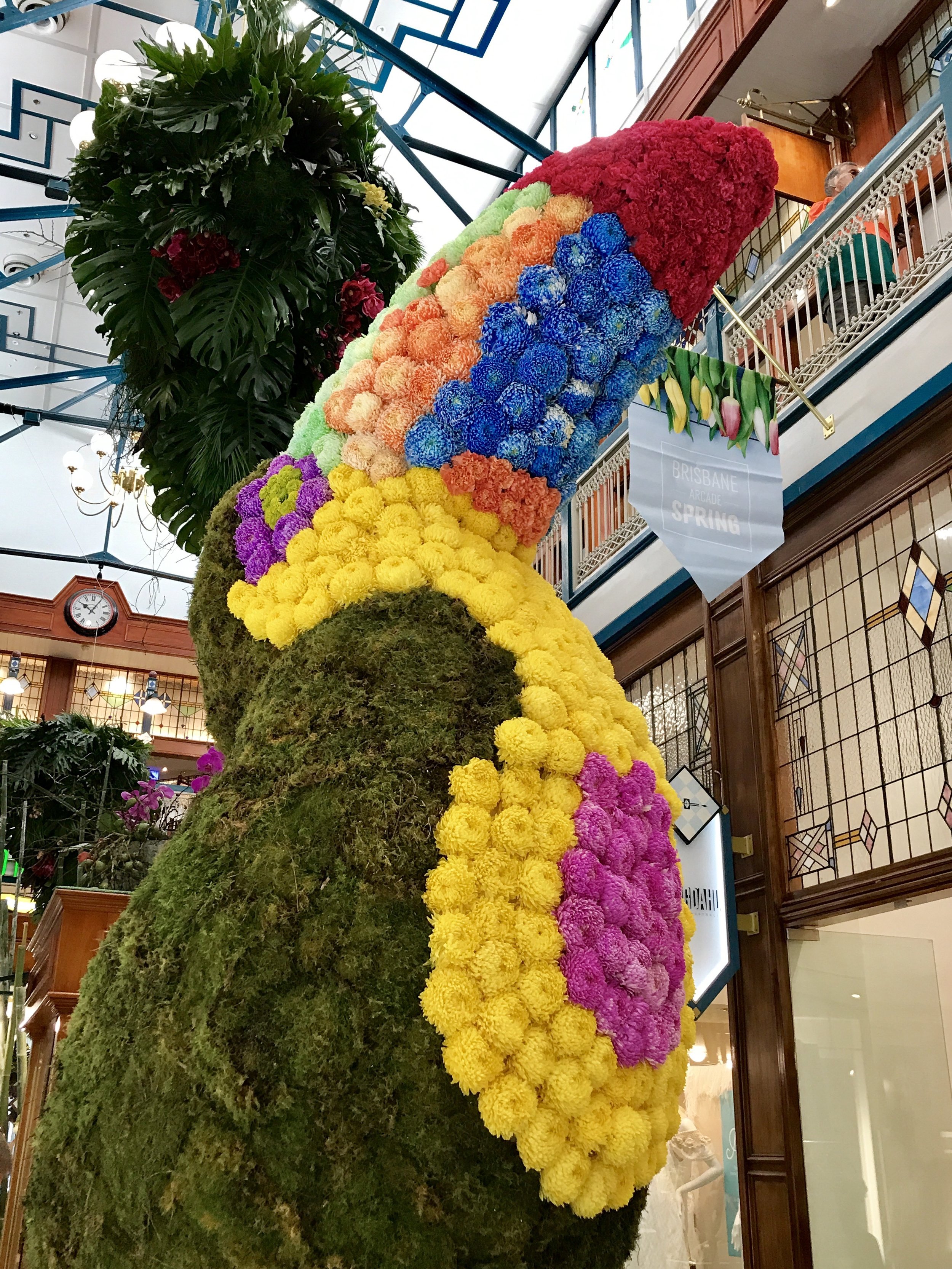 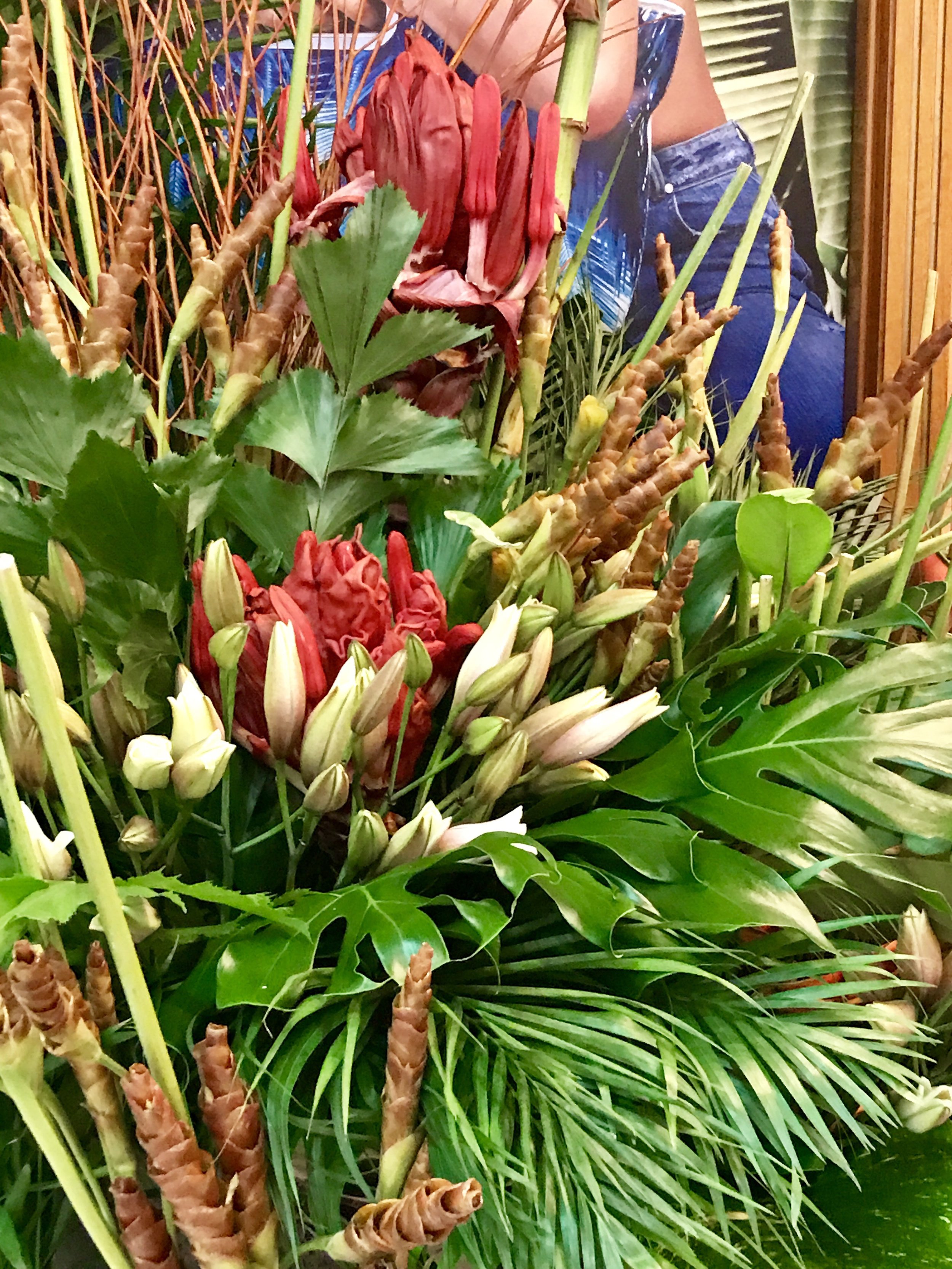